My wife and kids enjoyed the dig in Grayland a few weeks ago, so we planned to try again as another dig was approved by the WDFW. Getting out of town proved to be a challenge with Jonah’s 15 month Dr’s. Appt, good weather, and traffic didn’t have us out the door until 7:30 pm.

The drive down was smooth apart from a snag in fife but took 2.5 hours. The Casita pulled wonderfully and at times I could barely notice it behind the van. We pulled into Twin Harbors State Park around 10 pm to fill up with water and then we camped in the west tent campground. Jonah was a bit in pain from his series of immunizations so we had a rough night sleeping as both boys were a little restless from the change up their daily routine.

We woke at 6 am and decided to make our way to the beach and found a spot just south of Grayland beach road. The clam shows were plentiful and the average size clams were even larger than the weeks prior. This time we brought the Kelty toddler carrier so Jonah wouldn’t cry as much. We were able to limit out pretty quick but noted that the clams were a lot deeper than weeks prior. Back in the comfort of the trailer we made a hot breakfast, cleaned up and later flew kites with Luca.

I brought along some terminal gear to try my hand at surf perch fishing but after talking to a guy who was heading out, he said its slow and a little early before the perch show up in good numbers. I’ll retreat to me folding chair, blanket, beverage, and binoculars while I get my full of glorious Vitamin D.

Even with all the trouble setting up and prepping to get out of town it was all worth it as i sit here with the breeze to my back as I watch the incoming tide and waves find their way in to cover the dug holes.

We’ll be back tomorrow to wrap up. Hopefully we all get some better sleep tonite… 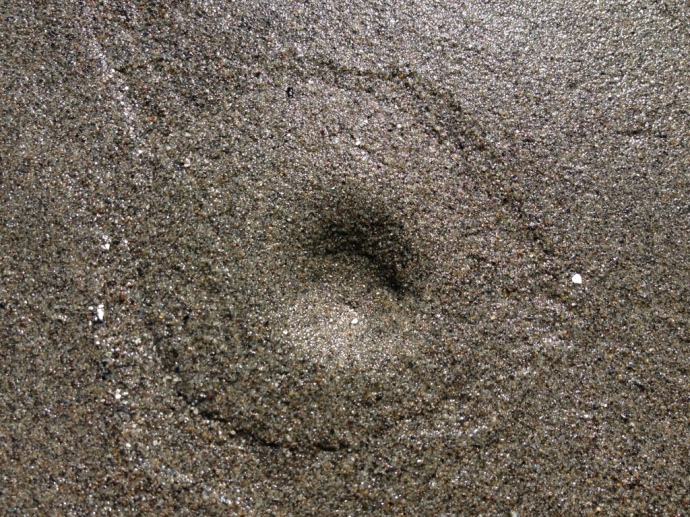 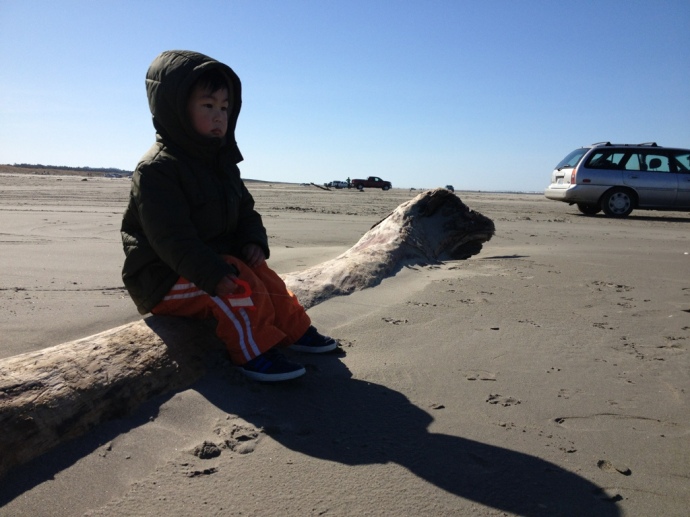 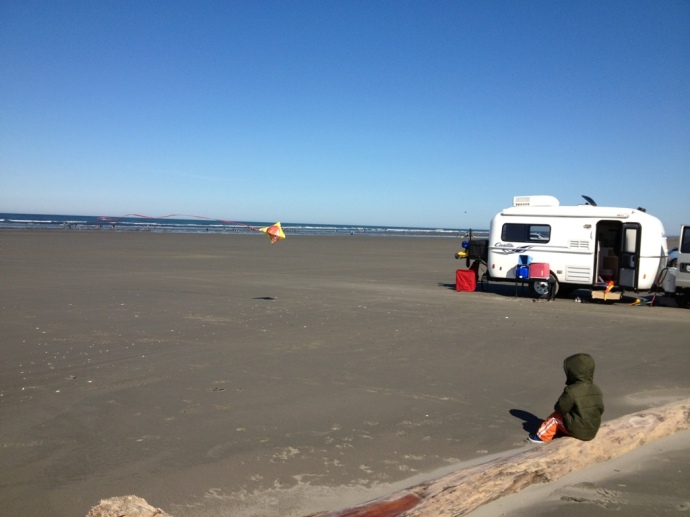 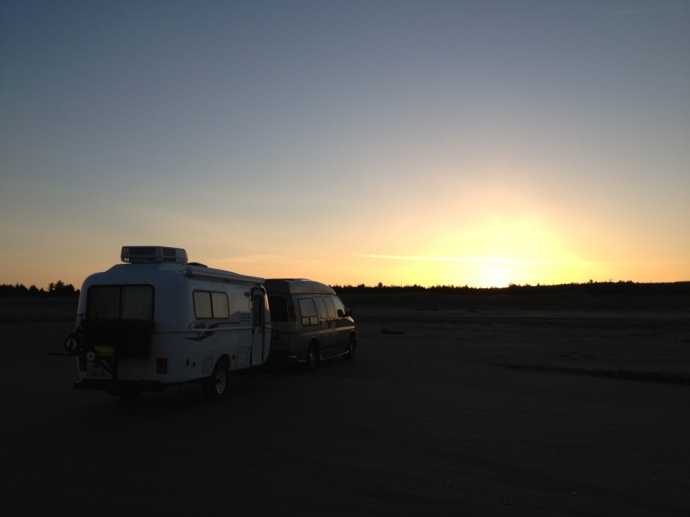 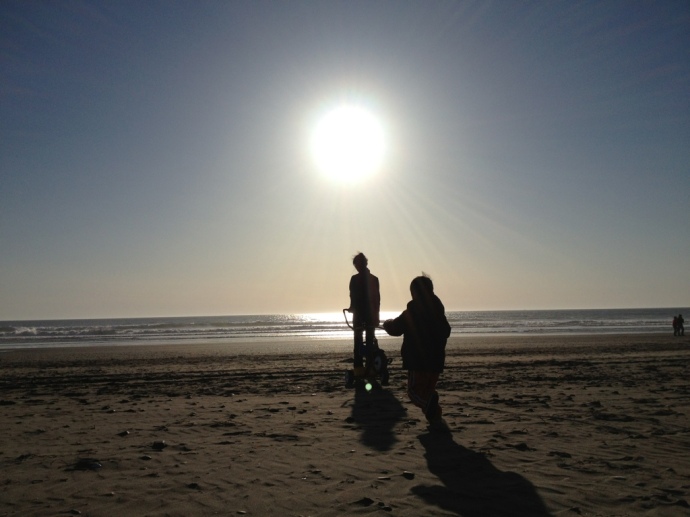